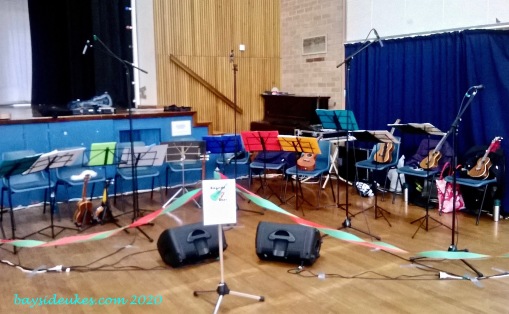 The Covid-19 lockdown in Melbourne is now easing and soon many activities will begin again. While this will be great for community groups, we at Bayside Ukes think that there is a need to proceed with caution before starting back at the Hampton Community Centre due to the increased hazard of contracting Covid-19 from the mechanics of group singing. There is a higher risk of contracting the virus in an enclosed space.

For those who are unaware of these health risks, the following video gives detailed health and scientific advice from experts with regard to group singing in an Australian context. This information is also applicable to anyone singing in a group during this pandemic. The video takes about an hour but it is worth viewing for health and safety reasons.

The main recommendation is that singing groups should not get together inside until there have been no new local cases of Covid-19 for at least one month. Bayside Ukes will be following the advice of these experts and we look forward to such a time when we will be able to play together in the real world.

We will update the calendar on this blog before we resume our sessions depending on the rate of transmission of the virus in Melbourne.

In the meantime, here is a fun video by the Ukulele Orchestra of Great Britain of Kraftwerk’s The Model (RIP Florian Schneider).

Stay safe and keep on strumming. 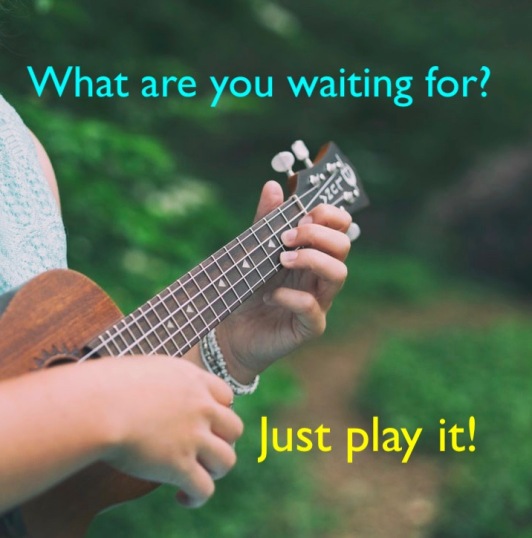 Finally spring has arrived, the sun is shining and it’s a glorious Melbourne day. Not a moment too soon for those who have been flagging with ukulele practice due to winter ailments or in the cold weather have lacked the motivation to pick up their ukes. Now it’s time to shrug off that winter malaise and become inspired.

For those who find it difficult to get motivated here are some suggestions that I find useful.

Have a goal. There might be a song you have always wanted to learn to play. Look around on the Internet for a version that suits your skill level or challenge yourself with a song arrangement that extends your playing style. Your goal might be to learn a new technique so look on You Tube for a lesson that you can immediately undertake to spur you along.

If you don’t already belong to a local ukulele group joining one will give you incentive to practice. There’s nothing like other enthusiastic players to keep up you interested with lots of new songs and playing tips. Belonging to a group may also give you the opportunity to perform which is a great way to stay motivated.

Attending ukulele festivals will also give you a buzz even if you don’t perform. Spring is the time when these start to appear on the calendar. Most places have their own unique ukulele festival (see our links page for ukulele festivals in Australia). At these events you can do workshops, see lots of great performances, view all types of ukulele related products and find plenty of inspiration.

One thing to keep you motivated is to remember that you don’t need to have perfect technique to be a ukulele player. It is more important to play the ukulele no matter what your skill level especially when you are feeling down in the dumps, as it will make you feel so much better.

So what are you waiting for? Just play it!

A song for inspiration: Johnny Nash’s I Can See Clearly Now covered by Natalie Gelman

It’s been very hot down under with too many bushfires. You can smell the smoke in Melbourne. Time for a cool and calming song.

The following tutorial, given in a picturesque winter setting by Bosco of Ukulele Cheats, demonstrates how to play the beautiful To Love Somebody by the Bee Gees, with lots of playing tips. Love the way he can still play in freezing conditions without his fingers going numb.

Great to see so many members back on board last week. We had a fun session revisiting songs and trying a new one.  Looking forward to Tuesday night.

Getting into the rhythm of a strumming pattern is something that challenges many beginners. The following video demonstrates a useful technique using an egg shaker to improve your strumming. A shaker that fits onto one of the fingers of your playing hand would also work.

I also like to use a finger shaker when playing with a group as it adds another dimension to the overall sound. Although don’t overdo this. One or two shakers in a group are enough. You don’t want to sound like a hail storm.

Syncopation is a technique that sounds fantastic on the ukulele and can really enhance your playing style. It is also good when you find instructions for this method that are easy to understand. The following video does this well.

I recently purchased a baritone uke because I wanted one with a deeper sound than my faithful concert ukulele. It’s a great alternative to a tenor ukulele, especially if you have played the guitar. The chords are very similar because the baritone is tuned to DGBE, which is the same as the top 4 strings of a guitar. There is also the advantage of four strings, rather than six, which makes it easier to play for those with RSI or arthritis who may be having problems with left hand fretting on guitar. 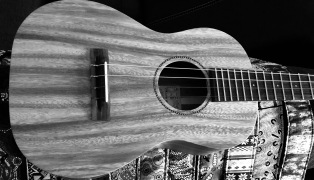 Some people are put off from playing this great instrument because it requires different chord shapes from GCEA tuned ukuleles to be in the same key (G chord is C chord shape while D chord is G chord shape). For guitar players this is less of a problem, but it still can be tricky if you a jumping between uke sizes and find yourself playing the wrong chord shape. This can do your head in at times. It does become easier with practice and this type of switching is good for the brain. In the beginning you need to work out the DGBE shapes where a song only gives the GCEA chords. Some songs are easier than others but with practice and a little forethought it will get better. Free Baritone chord charts can easily be found online.

I have played the guitar and I find that some songs just sound richer with the similar tuning of the baritone, particularly songs that I played or wrote on my guitar. Having a baritone in a group gives the overall sound more of a punch. On my instrument the D and G string are wound nickel over nylon, which are very resonant and add a lot of depth to a piece. The other two strings are nylon. I find that when I strum these metal strings with my nails it wears them down so I use a pick. This would not be such a problem for pickers who use the pads of their thumb and fingers or those with synthetic nails.

It is very satisfying to be able to play different sized ukuleles. For me it is the concert and baritone. Others may prefer the soprano and the tenor. If you want to try something different don’t be put off the baritone because the chords seem more difficult. You may have already played these shapes by another name in standard tuning.

Ukulele Mike gave a great explanation of the difference between baritone and GCEA tuned ukuleles with plenty of good advice in the following video.

Here is another baritone ukulele tutorial that packs in a lot of information for both beginners and more experienced players.

For those who want to develop their finger picking on the baritone this lesson takes you through simple to more complex picking patterns with clear instructions.

So give the baritone ukulele a try. Although it is similar to a small guitar, it’s still a ukulele and sounds great when played with other ukes of various sizes.

A lot of beginners have trouble playing the E chord. Manitoba Hal Brolund shows the many ways to play this chord in his helpful video. 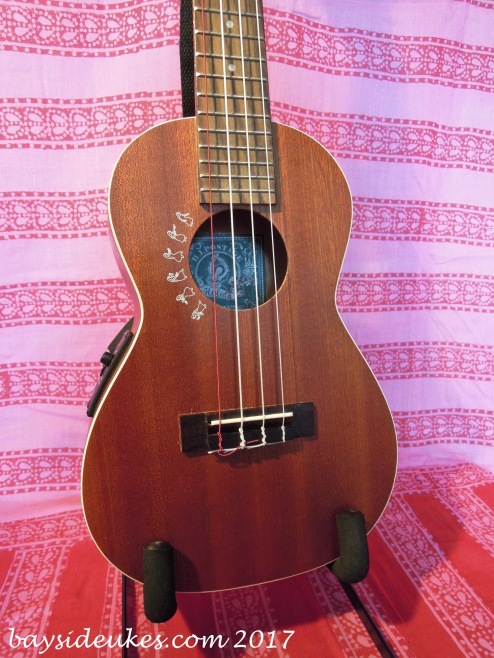 Often when you have two or several ukuleles there is one that you play more than the others. It’s your favorite and it just feels and sounds wonderful. So how do you bring back the passion for your other ukes if they are being neglected?

To make the most of your collection it can simply be a matter of increasing your repertoire and playing the right song for the right uke. Some music sounds better when played on a particular size or type of ukulele (eg resonator or banjolele). But if, like me, you have two ukuleles of the same size and a similar type this won’t make much difference.

I have two concert ukes. I bought the second one because I love the feel and the sound it makes and the size suits me. It is so playable that I was not using my other concert ukulele, which seemed a complete waste. A couple of other members of our group have low G strings on their ukuleles which can give more of a bass sound to a song. So I replaced the high G string on my first use with one of the Aquila Red Series low G strings and it sounds completely different. It’s also great to play with a felt pick, especially on the “boom Dit-ty strum” (see earlier post) and makes the uke more resonant.

Have a look on You Tube as there are many videos with a comparison of low and high G strings, as well as reviews for wound and unwound strings.

Now I can switch between ukes depending on the song and am enjoying playing both my ukuleles. So if you feel you have been neglecting one of your ukes, try a low G for a change of sound and some renewed enthusiasm.

Here’s another great strum to add to your repertoire. Ukulele Zen’s Stuart Fuchs gives a helpful lesson and demonstration of the “Boom Dit-ty” strum. It’s good to be able to put a name to this familiar strum, which can be used in lots of songs.

Swinging the beat can really improve your ukulele strumming style. For those who want to develop their playing technique here is a simple and clear lesson on this method by Katie DeNure.